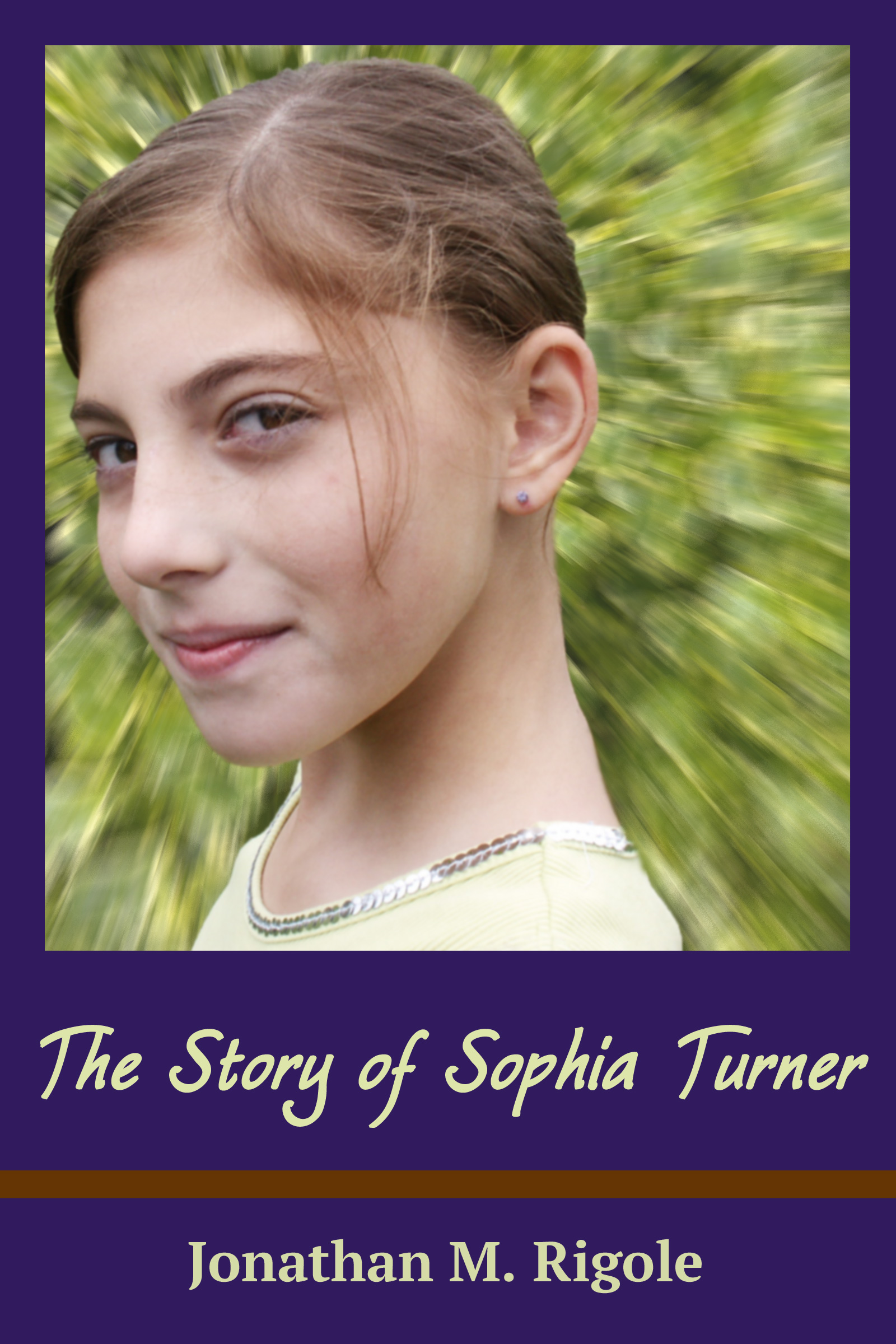 Jonathan M. Rigole is the author of two stories for older children and young adult readers: "Jessica's Dolphin" and "The Story of Sophia Turner". An author who enjoys writing for younger readers, Jonathan M. Rigole was born in Belgium in 1977, and is a big fan of British culture and literature.

The Story of Sophia Turner

The book is a notebook given by the home. First we have a "This is Me" series of pages where Sophia tells us about her life, being well-behaved, her favorite books and computer games, enjoyment of art and crafts, living at Holy Family (as she calls the children's home), the various girls who also live there, and about her father and her love for him. Then we go into the story properly. Sophia is annoyed about being the best-behaved person at Holy Family and how all the girls - Emma, Charlotte, Evelyn, Elizabeth and Samantha (who are the same age as her) - are playing up. She discusses this with her father. Because he is separated from her he suggests that maybe Sophia should just play up now and again. Sophia tries this in various places but no one notices, maybe because she doesn't do a good job about it. She wishes she was more like that other girl on the telly, but can't remember who she is. She bursts into tears for being ignored. One of the carers cuddles her and says they're sorry for taking her for granted. The home then holds a Sophia Turner Day. Sophia is nervous about having to give a speech, then decides it's her day and she can do what she wants, so she does a funny dance instead. Everyone tucks into orange squash and cake. A carer wants wine but he is told he can't. This is all written in Sophia's point of view. The story includes various letters and posters as part of the story.

Jessica Lynn is ten years old and moved to England from the US when she was thirteen months old, but nowadays she can’t remember much of her childhood there. What she does know is that she is mad about dolphins, and she was even rescued by one after she fell off a yacht as a child (and has the photograph to prove it!). She also likes learning about dolphins in her spare time and even wears a dolphin piercing in her ear. Jessica loves the summer and living in the county of Cornwall in England, where she spends her summer holidays playing out and enjoying herself with her group of five friends, Amy, Becky, Charlotte, Kate and Catherine, usually on the beach, where she enjoys bodyboarding in particular. Her parents tell her that this summer she is going to go on a holiday back to America - this time she is going to visit both Vancouver and Florida. She enjoys her trip to America but when she returns to Cornwall, events take a turn that she could never had expected. Jessica keeps track of her summer in her diary throughout the story as a series of strange events unfold over the course of the summer.